experience from around the world

Morocco - the spice of life

Traveling to Morocco in Northern Africa is not cheap but every penny spent there is totally worth it. The country has a lot to offer – beautiful scenery, tasty food, hospitable people, and a quality and simplicity of life that is rare in our days. These are the things that (in my eyes) make Morocco one of a kind travel experience.

The journey begins...well it began some days ago, if anyone has been wondering where in the hell we have all been and why there has been no blog.

As anyone who lives in perth knows, we live a bloody long way from anywhere,so the last 2 days have been spent on a plane..literally, with a short stopover in the most unreal and contrived of cities, Dubai. Serena and the girls immersed in a number of movies, margo drugged to the eyeballs so as to prevent a sudden desire to open the emergency door, given a crash landing into the Arabic sea was inevitable at any given moment. 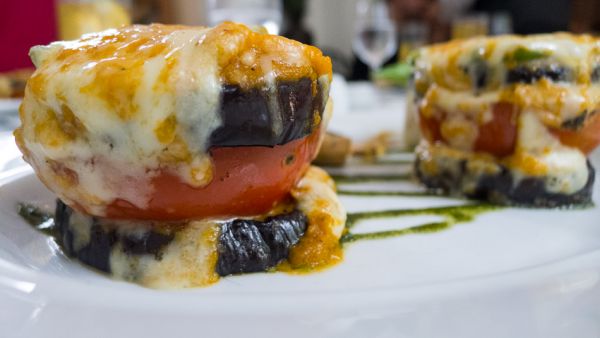 Arriving at Casablanca international airport after leaving Dubai airport, was like stepping back in time..think Perth airport mid 70's, mid 80's and come to think of it mid 90's. our first experience with the taxi system saw us piling into an extremely delapidated and ancient mercedes benz, with no window handles and hence no windows and a drivers door that seemed to have issues staying on its hinges. "too much, too much" was the cry when the driver informed us of the fare, although how anyone came to that realisation i'll never know, given none of us knew exactly how far we had to travel or how long it was going to take.

Further options of arriving at our riad were assessed, with us all piling back into the mercedes, after lonely planet advised that, yes, that probably was the fare that needed to be forked out.

Our riad, Jnane Sherazade on 8 rue de belgrade, is a classic example of moroccan hospitality and tradition, filled with velvets and carpets in all the moorish colours of the rainbow and vintage art deco pieces that wish you had more room in your suitcase. The owner, Jamil, wishes to please at every opportunity and had his chef come in on her night off, especially to cook for us.

A banquet saw us start with typical eggplant dips and bread with a tomato and cucumber salad and a broad bean salad. oh, if old nanna had only dished us up broadbeans laced in oil and cumin and paprika we might have eaten the damn things, instead of having to hold our noses to force down soggy old beans that had had the bejesus boiled out of them.  Chicken pastille was followed by chicken and lamb tagines, the main staples of any moroccan feast. 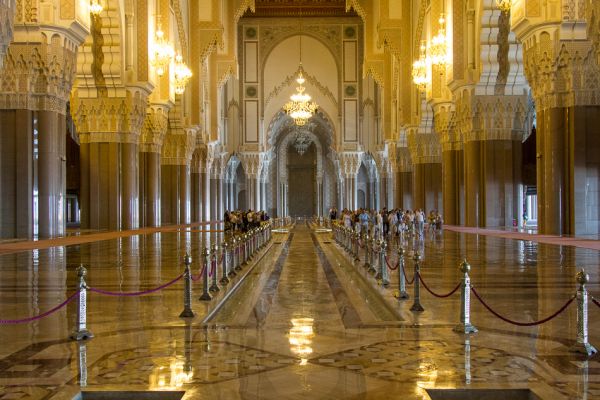 Casablanca, whilst not always enjoying good wraps as a place to stay or discover, proved the opposite for us today and last night. Dinner and drinks at La Chester saw us mingling with the young and gorgeous of Casablanca ( did i say we felt out of place..hell no) not a burqua or hijab in sight. this bar could have been in New York, whilst we pretended to be Carrie and co ( only without the Calvins and Manalo Blahnicks) Food was typically french. melt in your mouth beef fillets in a mushroom sauce on potato galettes and duck that sliced like butter,followed by creme brulee and chocolate fondant.

They say that the only tourist attraction in Casablanca is the Hassan II mosque, situated on the coast. a tour is a must.and is the only mosque open for tourists as was the late King Hussan's wishes when it was built.can you imagine 25000 men praying to mecca at any one time under the one roof, which opens with the same infrequency as the Rod Laver arena. they say you could fit St Peter's into it, but i dont know about that. a walk around the town saw us take in all the amazing art deco architecture of Henri Prost, and wondering through some parts of town that we probably shouldnt have. but led by our fearless and brave leader Lou-Anne, there was never a worry.she is always on hand to ask for directions and then deprive some poor moroccan of a decent living by bartering ferociously. quite ironically, she is the only traveller amongst us who will then dish out all her dhurims to every poor limbless and blinded beggar on the street.

Lunch was at Rick's Cafe: remember Sam playing "as time goes by" in the movie Casablanca..and then he played it again. a well earned drink and a a vegie stack with cumin mashed potato was just the thing before venturing out again.

DAY 2..CASABLANCA TO MEKNES VIA RABAT »